I am not a huge Wurtzel fan. In her first book, Prozac Nation, the one that kicked off her career, I wasn’t thrilled about it and it was a long read for me. She came off as selfish, irresponsible and attention seeking. I got a “fuck everybody else, the only person in the universe is me” vibe.

Now, with More, Now, Again, she straight up says the book is about her and drug use. Not people, not friends. She blatantly uses her friends to send her drugs, and after being arrested, actually asks a police officer if they can stop at an ATM so she can get herself out of jail for shoplifting.

The book describes her drug use. Again and again. Not caring if her friends see her snorting Ritalin. Moving from place to place. Tweaking (tweezing the hair from her legs and getting infections) She comes off as selfish and narcissistic. She lacks emotion and everything she does is for herself. She expects the world to bow down to her.

She tries to romanticize drug use, starting on the first page of the book. She obviously has problems deeper than atypical depression (something she was proud of in her first book, because it’s “better” than normal depression) She gets herself into bad situations, the entire book is Me! Me! Me! She eventually goes to rehab. She can’t manage real-world grown-up things like her finances. She hires a CPA to do that for her. I was appalled when she missed a great opportunity with Coach and tries not to take the blame for herself. It’s always somebody elses fault.

The book is decently written, it doesn’t really have a “tone” to it. It is written with blatant honesty, at least, she knows what she has done wrong, but doesn’t do much to correct it. Honestly, I liked the memoir, but got sick of it near the end and if I pick it up to read again, I can only go for a few pages before I get bored. I am not a big Wurtzel fan. She needs not to be coddled, she needs a tough-love approach. She lies to get what she wants, and admits it. Sending cocaine in the mail?! That’s absurd!

I won’t be reading any of her future books. This book caused me to rage a little bit. I felt pity for her in Prozac Nation, but she’s really playing the “poor me” card. She was more relate-able in Prozac Nation, and I give that 2.5 stars. This book barely gets 2. People either love her, or hate her, I noticed, from her book on Amazon. I fall in the latter category. This book is an okay read, it’s long and has boring, repetitive parts, but it is interesting, I’ll give it that much. 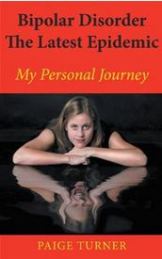 This book looked interesting when I saw it in the Kobobooks store. So I downloaded it and started reading. There were very vivid descriptions of abuse she sufferedas a child, including when her mother hit her so hard with a 2×4 she broke her back, leaving her ermanently disabled after the age of 30 and multiple surgeries that were unsuccessful.

But then.. she starts talking about God and Jesus Your Savior. It starts off small, and then it gets bigger and bigger, until almost every sentence is talking about how Jesus and God will cure what ails us. We should still take our medication (she is pro-medication and pro-therapy, at least, but against ECT) but we need to accept Jesus in our hearts.

Normally I would just close the book and delete it, but for this review I thought I’d keep going because the book is such a clusterfuck. She is abused at home, by her mother, in gruesome ways, and her father turns a blind eye. She is considered the “toad” of the family while her sister is the Princess. She takes out her anger by bullying kids at school.

She has a lot of misinformation on bipolar disorder, treatments, ECT and more in the book. Her belief is that the bipolar disorder was caused by the abuse as a child, but she also has a diagnosis of PTSD and borderline personality disorder, which, to me, seems like the abuse as a child would fit those two diagnoses better. I’m not trying to diagnose her. She also says that schizophrenia is “that one with multiple personalities” which is very untrue, schizophrenia is a thiought disorder, while multiple personalities is now known as Dissociative Identity Disorder and is much different from schizophrenia.

She has a lot of borderline personality disorder traits. She takes risks and abuses her own son. She got pregnant while drinking and doing drugs, so she had an abortion as not to bring a handicapped child into the world.

She has lost chunks of time in her childhood, and doesn’t remember being raped, though her friends and family do. She marries twice, both times in abusive relationships, with her being abused and the abuser. She has one son who turns out all right, but there was a huge custody battle for him.

Because of her broken back she is bound to stay in bed and watches religious videos and Podcasts every day. She goes into detail about her many surgeries, but is very vague about her “suicde attempts” which are basically her taking a handful of pills with a bottle of vodka, and then calling a friend, the police get called, she gets hospitalized for 72 hours.

She says that mental illness is an illness, which it is, but she also says that you can’t blame your actions on your illness. That’s one thing that irks me, when people blame everything on a mental illness. She says to turn to god for sinning, and that suicide is a sin. She also recommends that people see multiple doctors until they get the answer they want.

She knows very little about medications, saying that they contain serotonin and she has too much serotonin in her blood, therefore she can’t take them. This is untrue, because if there was serotonin in our blood, a blood test could have diagnosed many mental disorders years ago. She uses bad analogies and has a very frustrating sense of humour. (Serotonin is in the brain as a neurotransmitter)

This book is more of a self-help book, or “Abuse for Dummies” because she writes so simply. There isn’t much about the bipolar disorder in it. She does have some good advice on dealing with past abuse, and how to handle it after it’s over. I don’t see this book as a memoir, though. It was quite a boring read, and I wouldn’t recommend it to somebody that knows little about mental illness due to her ignorance of a lot of the disorders and treatments.

She warns about allergic reactions to medications, which is rare. She constantly mentions it, though, basing it only on her own experience. She later says that the only way one can get better is to take god into their hearts, to pray, to attend church, to be spiritual. She also uses marijuana to control her bipolar disorder and rages. Her cure for mania? Look it up in the bible.

There is a section on the different episodes of bipolar disorder, but a lot of it has been repeteated again and again throughout the book, with her giving a little bit of input on her personal experiences. I was expecting this to be a memoir, rather than a (bad) information book. It is getting to be a really frustrating read.

She assumes that bipolar disorder stems from abuse, that the abuse causes the chemical imbalance. She also assumes that doctor’s give too many medications, but she encourages researching medications and being knowledgeable about them while they are being discussed at a doctor’s appointment. Another frustrating aspect is her misinformation on ECT, something she refuses to try.

All in all, this book sucks. There are a few things I agree with, that bipolar disorder is overdiagnosed, that medications are good, therapy is good and abuse in childhood can bring major prolems in the future. The book is just very disorganized and not a memoir at all. Not what I was expecting. I don’t recommend it. I couldn’t even finish it.

I first read Madness in 2009 after putting it off for a while. I saw the book when I went into Chapter’s, in my favouite section, Biography, and I would pick it up, read the back, and put it down. I enjoyed Marya Hornbacher’s first book, Wasted (a journey through her eating disorder) and thought it would be similar in content, and therefore a waste. I was very wrong. I read the prologue and was shocked at the detail. It could be very triggering to those that self injure (SI) but it caught me, and brought me into the book.

She wasn’t telling somebody else’s story. She was telling a first person account of her time with madness. I could relate to her (because I’ve been diagnosed with bipolar disorder, type 1, rapid cycling) and see myself in some of her passages. Her struggle to find the right medications, to get a correct diagnosis chimed in my brain, I’ve been through that. Others have been through that too, her experience, though not terribly common, has been experienced by many others in the grips of bipolar disorder.

Her writing style is quite simple, it isn’t a hard book to read, it’s quite easy, which makes it more appealing, especially if you have a short attention span. She makes you want to go on, to read more, to know “what next?” She brings you through her intense mania’s and wallowing depressions and at times, you can feel the sorrow and the joy, the irritability and the rage.

With her own experience she shows someone what not to do. She shows how her drinking affected her already prominent bipolar disorder, even before it was diagnosed. She shows how it affects relationships, functioning, finances and everything to do with every day life. She pulls through, managing to keep writing through her dramatic mood episodes and make a living for herself. She ends the book not cured, but in a way she shrugs off as, “everything’s okay”.

This book I would recommend to someone who is suffering from any style of bipolar disorder, to family members, friends, spouses. She uses humour and descriptive writing to show her personal story. This book covers practically everything about bipolar disorder in a first hand experience. Even ECT is brought up in this book, a controversial treatment (electroconvulsive therapy, something I underwent in 2008, it changed my life, formerly called “shock therapy”) is described in as much detail as possible and shows the positives and negatives to it.

I wish I had picked up this book the first time I saw it. It has incredible insight into one of the most serious forms of mental illness and shows you that you can get through it. I give this book 5 stars.

A blog with a bit of everything

The Progress Series by Amy Queau
Impossible Things Before Breakfast!

What's Inside the Art Box?

Love Lives Inside You

Knowledge and Happiness(K&H) multiples by dividing it. More you share, higher and bigger they grow.